Progression and promotion are not the same. Emerald Works Senior Sales Executive, Patrick Burns, points the finger at social media for the rush in the wrong direction. 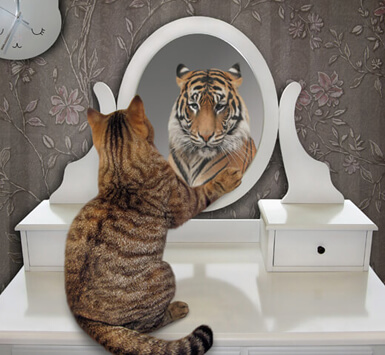 “I just want progression. I want to know how I can move up within this company…”

It feels like people are ever more overt about their desire to get ahead in their careers. And yes, it feels a bit un-British to publicly share your desire to “progress” with your colleagues. However, I seem to be hearing this more and more.

But there is a harsh reality when it comes to “progression.” In most cases, progression involves stepping up into a management role.

Whatever your industry, this is a perennial challenge for managers seeking to retain top talent. Their highest performers often want to be rewarded with “progression,” as well as money.

I’m not going to get into the different skill sets required by a successful individual contributor, compared to those of a good manager. But be clear, they are different.

And what I’ve found interesting about this overt desire for progression is that it verges on passive-aggressive.

Teammates will share their frustration about the lack of progression. They will empathise and sympathise with each other. At the same time, they’ll each make it clear to their boss why they are the best candidate for the top job.

If a teammate complained to me about their lack of progression, I’d be keen to understand whether they meant it in the true sense. Was it developing, improving, earning more, and moving forward? Or did they mean that they wanted to step up and become my new boss?

Invariably, those complaining about lack of progression are unhappy because they want a seat at the leadership table. Anything else just doesn’t count as “progression” in their eyes.

Fuel for the fire

The sure-fire route to a management role is to excel as an individual contributor. What’s ironic is that quite often, those achievers actually have little desire to manage others. That’s because it is their selfish nature that has, in no small part, contributed to their success.

For those who do want to step up, social media has fuelled the evident frustration of many career-driven people today.

Social media in the professional sense is not just limited to LinkedIn, but LinkedIn is its most obvious home. On it, you are inundated with notifications of promotions, awards and celebrations.

This serves only to feed any anxiety we have around our own lack of progression. Progression is starting to feel almost like validation. Therefore, we become more desperate for it.

Just as Facebook becomes the world’s worst place for some 35-year-old singletons – projecting the view that everyone is getting married, having kids and not being alone – LinkedIn fosters career anxiety.

Impatience is not a virtue

The relentless nature of social media causes increasing levels of impatience. I’ve spoken to colleagues, less than a year into a post, genuinely considering leaving because they haven’t been promised a clear path to management.

A friend of mine applied for a job, got it, but turned it down. All because he hadn’t been reassured about when, how, or if promotions would occur.

This feels all backward to me, and no doubt causes problems for employers. On a base level, it is essential to build capability, experience and common sense before you are entrusted with responsibility.

This cannot be cheated: there are no short cuts. Yet, there is a diminishing tolerance for having to wait.

The answer is strong leadership, and an understanding that the expectations of today’s workforce are affected by the wider culture.

Distinctions – between progression in the form of development, and promotion to management – should be addressed more consciously. Enthusiastic, go-getting, career climbers can demand development plans and career paths. But they cannot demand management roles.

Furthermore, something needs to be done to recognise those top performers, who are all too aware that their success may not translate into leadership roles.

But employers need to resist the temptation to “promote” them into management. Because once this has been done, it’s very hard to come back from. Often it’s the wrong choice, for all concerned.

Disney, not just a fairy tale

Progression is too aligned with “becoming a boss.” Social media is reinforcing this. It is making it ever harder for individual contributors to feel that they are progressing, unless they are promoted into management.

Consequently, those early in their career are seduced by an apparent need to progress. They demand clarity on when they can – having hardly even started work!

I heard the best response to these problems when I visited Disney’s Leadership Development Team. Their answer is the “servant leader.” At Disney, leadership development involves changing the mindset away from the ego, toward becoming a servant.

Leaders become leaders not because they’re thinking “what’s in it for me?” They become leaders to serve the people they lead. If they aren’t motivated by this, Disney ensures that their career plan enables them to flourish as a contributor.

Maybe, then, that’s the answer: we should start calling our bosses our servants. How many people would sign up for that?

Senior Sales Executive
With over 10 years of experience in dealing with some of the world's largest organizations, Patrick is driven by creating and building relationships with those responsible for learning at an organizational level. In his current role, he helps clients determine what value the subscription will bring to the people working within the organization. This can include the creation of end-user focus groups, and working with various stakeholders within learning and development, and beyond.
Previous 10 things managers should never say - and what to say instead
Next How to manage your employees’ return from extended leave 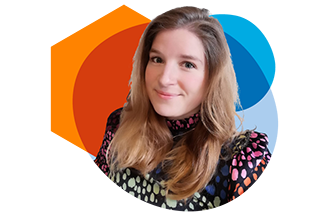