To celebrate International Women's Day, we asked our GoodPractice colleagues about the women who inspire them to be better, who encourage them to be all they can be and who lead the journey towards a new normal‚ a #BalanceForBetter. 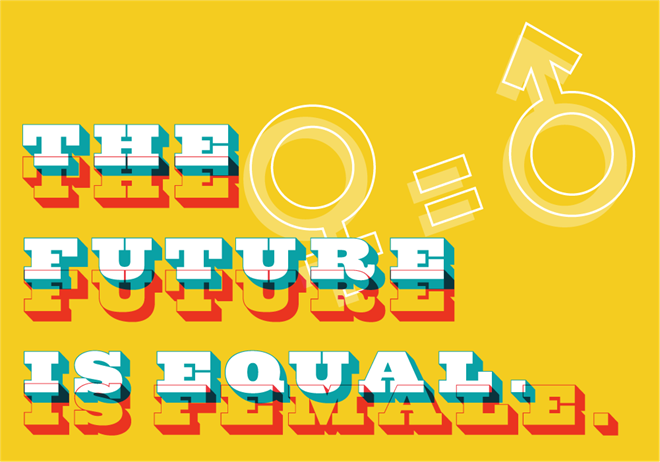 The world is changing. From the streets to the boardroom, the environment in which we live seeks a new foundation - a better normal. Equality is the baseline and change is being delivered across the globe. Those who seek shared opportunity are delivering that change and are working together to deliver true gender balance internationally. On this, the celebration of International Women's Day, we asked our colleagues about the women who inspire them to be better, who encourage them to be all they can be and who lead the journey towards a new normal - a #BalanceForBetter.

Florence Nightingale is often remembered as a sort of 'patron saint' of nursing. But to me she was an inspirational figure who used statistics, data visualisation and campaigning to save lives. Innumerable lives. The first female member of the Royal Statistical Society (elected in 1859), she improved sanitation and public health in India through the compelling use of statistical evidence. She was also a key influencer in strengthening the Public Health Act of 1875. Her ability to use data to get at the heart of a problem, combined with her pioneering spirit and determination to take real action for change, makes her one of my all-time heroes.

Winnie Harlow is a Canadian fashion model with the very rare skin condition vitiligo. I find her inspirational because she's breaking the mould of what 'beauty' is which isn't easy when, over so many years, the industry has shaped a predisposed notion of what it is to be beautiful. When she was young, she was a victim of bullying and the verbal harassment she received led to her changing schools numerous times, dropping out of high school and contemplating suicide. Despite it all, her strength, courage and determination has propelled her to become a top fashion icon and motivational speaker. Her success is renowned in the industry. She has appeared in America's Next Top Model, walked in London Fashion Week, modelled for Diesel, Glamour magazine, Cosmopolitan, Vogue, Swarovski and last year she graced the runway at the Victoria's Secret Fashion Show. Here's to a new 'perfect'.

Samantha Briggs, a former fire fighter from Leeds, a CrossFit athlete and one of the fittest women on earth is preparing for her sixth Crossfit Games appearance. Before she started CrossFit in 2009, Briggs competed in duathlons and triathlons as well as playing football in the Northern Premiership League. She made her first Games appearance in 2010 and broke out the following year with a fourth place finish. In 2012, a devastating knee injury prevented her from competing. In 2013, just 3 years after Briggs started CrossFit and one year after her injury, she went onto win the CrossFit Games, making her officially The Fittest Woman on Earth. She continues to compete in CrossFit at the highest level and has been given the nickname 'The Engine' due to her unstoppable mental toughness, endurance, and grit. In the 2016 Crossfit Games, despite thinking this was the year she might retire, she won the brutal seven kilometre trail run event, beating a huge majority of the male athletes. In her career, Sam Briggs has had to prove her mettle many times over. Once again, In 2018 Briggs had to pull out of the individual competition due to a broken elbow but still competed in the masters division coming in second place. Sam remains one of Britain's elite CrossFit athletes and an all-time great competitor at the Games, with six top ten finishes overall. Her toughness and determination are a real inspiration to any fitness enthusiast. Briggs, along with many other women in sport, have helped set the standards of what women can achieve.

The women who have most inspired me are my wife, Amy, who had the courage to take her career in a radically different direction because she knew it was what she wanted to do; my mum, Fiona, who raised three sons while gaining her degree; and (slightly less personally) Michelle Obama, who carved out her own identity rather than be defined by her husband's job.

Growing up in the UK, I took going to school every day as something to be taken for granted. Malala Yousafzai grew up in a Pakistani society where she and other girls were banned from attending school under a Taliban regime. As a young teen, Malala began to publicly speak out on behalf of girls and our fundamental right to an education. This resulted in a shocking murder attempt and Malala was shot in the head at the age of 15. After months of treatment and rehabilitation, Malala continued her activism by setting up the Malala Fund, a charity dedicated to giving every girl the opportunity to achieve the future she chooses. In recognition of her fearless activism, Malala won the Nobel Peace Prize at the age of 17, making her the youngest ever Noel laureate. Malala is now 21 and studying at Oxford, and I'm inspired to follow and support her advocacy for every girl's fundamental right to an education.

As a full-time working mother I have many inspirations, but the one that always flies in on the East wind when you least expect it, is Mary Poppins. Yes, she might be difficult sometimes but she is also refreshingly spirited, headstrong, critical, challenging and honest - not least with herself. Her judgement is (usually) spot on. She is a guide and teacher and opens the door to magical experiences and adventure for those around her. I try to emulate a lot of these characteristics in my daily life but the one I am still working on is the ability to tidy a room with a song and the click of my fingers! Perhaps one day.

Unconventional. Uncompromising. Feisty. Fearless. Stylish. Savvy. Garbage front-woman and proud Scot Shirley Manson burst on to the male-dominated music industry in the 90s and is (thankfully) still rocking today. Blazing a trail for women everywhere, by showing you don't need to compromise in any area of your life, or apologise for who you are, she gets my vote as the woman who has most inspired me.

The world of American Football is one fraught with issues. With continued battles on and off the field for the future of the game, one woman stands strong at the forefront through her role in the sport. Sarah Thomas became the first woman to officiate a playoff game in the NFL. As the Los Angeles Chargers and New England Patriots came head to head, she delivered a balance that had never before been seen in the game which acts as the cornerstone of American society. Previously she had become the first female official of a College game, the first to referee in a big ten stadium and the first to take control of a bowl game. By cementing her place in a historically male dominated environment, she has acted as a trailblazer in the journey towards a #BalanceforBetter.

It may sound a cliche but I believe as women when we look at who we are and why, we have to look around us first and absorb some of the most tangible and obvious influences. Only now do I fully appreciate my inspirational woman - my mum. Nothing ever stops her - sent away at 6 to boarding school in Ireland, nursing became her life, a difficult marriage, making difficult choices only a mother can, but staying strong and focused; succeeding and setting an inspirtional example to me - never give up always have a smile. Recently she went through cancer, invasive surgery and currently still has a heart problem resulting from all the surgery but not once did she break down, complain or give up. She was kind to those around her making sure we were ok in her hour of need. I do not need to look far to know how I want to be perceived by others and whose values and love for life I want to keep spreading.

When I think of all of the female artists, athletes, entertainers, friends and family who have inspired me at every stage of my life, picking just one is a very tall order indeed. But Annie Lennox has been a truly formative figure for me. Not merely her talent but what she did with that talent. The early days of Eurythmics, discovering their music and being enchanted by their unusual visuals, are some of the most thrilling experiences of my life. Annie never looked or sounded like anyone expected her to be, and she never apologised for that. She taught me that when everyone around you wants the obvious, dare to go left field, even if it means short term failure. She now uses voice for humanitarian causes, and she'll forever be someone I'll be thankful both to and for.

My inspiration and dedication for International Women's Day 2019 is not for an individual. It's a collective shout out for the female codebreakers of Bletchley Park. For those not familiar, Bletchley Park was the top secret UK location for intelligence gathering and codebreaking during World War Two. This vital work was carried out by 10,000 staff, 75% of whom were women. Ultimately their endeavours helped decipher and infiltrate foreign military codes including that of the 'unbreakable' German Enigma machine. This is thought to have helped shorten the war in Europe by as much as two years. While Alan Turing's work at Bletchley has long been publicised, the contributions made by female codebreakers are less widely known. The work was painstaking, and many young women fulfilled essential administrative jobs. But a few, like Mavis Lever, Ruth Briggs, Dilly Knox and Margaret Rock played vital cryptoanalyst roles. Of the codebreakers, the most is known about Joan Clarke, who worked alongside Turing on the Enigma work. She earned less pay for equal work. No surprises there, then. She was also denied a full degree in mathematics from Cambridge before the war, because those were only awarded to men. She was, however, awarded an MBE in 1947. Her work, and that of her fellow codebreakers also helped devise Colossus, the world's first programmable computer. So. for their genius. their dedication, not to mention their ability to keep whopping big secrets, here's to the memory of these amazing ladies, without whom life would be very different indeed.

International Women's Day 2019 focuses on true equality across the globe. Following the theme of #BalanceforBetter, you can find out more on the official website.
Next Mind Tools Now Available in 8 Languages! 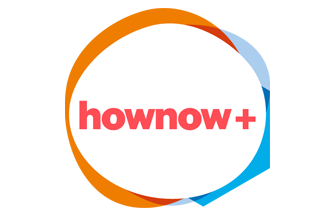 Mind Tools partners with HowNow to help people perform, manage, and lead in the workplace 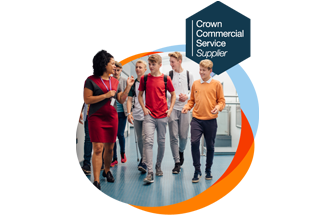 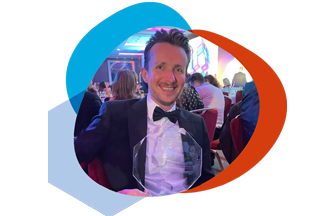 The Mind Tools team are delighted to share that Learning Experience Consultant Ross Dickie won the Bronze award in the ‘Learning Designer of the Year’ category at the 2022 Learning Technologies Awards.