3 ways to focus extroverts' energy in a productive workplace

Do you have any highly extroverted people in your workplace? 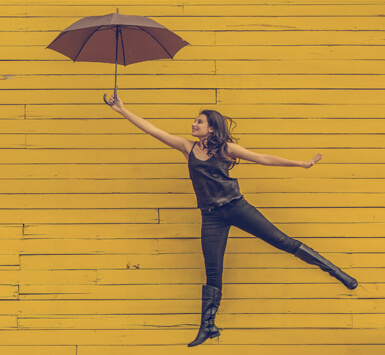 If you do, you'll likely know about it! Why? Because extroverts are often chatty, demonstrative, bold, and self-revealing. They can be good motivators, they communicate well, and they like to collaborate. They bring energy to a team, reach out to people, and take an interest in what's going on around them.

But extroversion has its downside, too. Extroverts may tend to dominate the conversation, for example, leaving little space for more introverted team members. And, when there's a conflict, they likely won't hold back in making their feelings known.

This can make some people feel uncomfortable. Balancing these strengths and potential weaknesses can be a challenge, and understanding what makes extroverts tick is a critical step in getting the best out of them. I'm a highly extroverted individual myself, and managing this facet of my personality has enabled me to help other extroverted people to progress in their careers. Here's what I've learned.

According to the Myers-Briggs Type Indicator, extroversion & introversion is one of the four "psychological scales" that make up our personalities. It's also one of the "big five" personality traits in the OCEAN model. Clearly, it's an important factor in making us who we are. But why do extroverts feel and behave the way they do?

Blame it on the dopamine system in our brains. A 2005 study led by researcher Michael X. Cohen, of the University of Bonn, shows that extroverts have more reactive dopamine systems, and a higher sensitivity to rewards. In the study, which involved gambling, extroverts responded more strongly to the rewards they experienced when a gamble paid off.

These findings shed light on why extroverts enjoy the unfamiliar, and seek out novelty, social status, social affiliations, and social adventures such as meeting new people. It's because the reward system of the extrovert's brain becomes much more active when faced with these rewards.

So, as an HR or organizational development professional, how can you ensure that these behaviors are channeled into making your workplace more productive? And how do you help extroverts to be more successful in their careers? Use these three strategies to guide you:

1. Help extroverts to see that their strengths can also be limiting factors

Extroverts are skilled at verbalizing their decision-making or problem-solving processes. Often, this is an advantage- it can improve communication, clarify issues, and make useful information known. But sometimes, the tendency to think out loud, or to go off on tangents, can irritate others.

They may experience the person as being too verbose, or taking up too much time in meetings. To avoid this, coach an extroverted team member to reflect on what they will share, before a meeting or discussion takes place. Extroverts can benefit from crafting succinct sentences ahead of time to explain their ideas, and to prevent them from straying off the subject.

It's also useful for them to decide who needs to hear their reactions, and who doesn't, so that they can tailor messages to the situation. And, if you're in a meeting with a highly extroverted team member-“ or more than one- don't be afraid to take control of the meeting. Extroverts won't mind hearing comments like "Let's get back to our agenda" or "Jack, just hold on a second, let Janet finish". To them, it's all just a part of the process of communication.

The second strategy is best illustrated with an example. Years ago, I was promoted to a senior position. I devoted myself to my work, setting up meetings and task forces, encouraging group work, and engaging team members from other departments to collaborate on a wide range of issues.

One day, my CEO dropped by my office, closed the door, and sat down. I sensed something was wrong. He said, "Bruna, I will always want you on my team. But I am concerned that you're going to burn out your staff. You take your job too seriously." And he left. At first, I thought, "What an ingrate! I am the first one in and the last one out. And he says I take my job too seriously!"

But later, when I had calmed down, I realized that he was right. I'd been following what Daniel Goleman termed the "pacesetting style," as described in his influential Harvard Business Review article, "What Makes a Leader." The hallmark of the pacesetting leadership style is setting and exemplifying unrealistically high performance standards. You're always trying to do things faster and better, and expecting everyone around you to follow suit. In unwittingly adopting this style, I had only one speed, and I was expecting my staff to keep up.

But the pacesetting style is not suitable for every situation. Extroverts thrive on throwing themselves in at the deep end, and I'd lost sight of the effect that this might have on introverted colleagues, and on co-workers with different working styles.

One of the key strengths of extroverted people is that they tend to respond quickly to situations. "Let's get on with it!" is one of their favorite phrases. But there are times when instant action may not be the best option.

Here's one of those times. I was grooming one of my direct reports (let's call him Henry) for promotion from supervisor to manager.

Being highly extroverted, he consistently did or responded with the first thing that came to mind. This allowed him to be productive and engaged, but it also created problems. When an issue arose with Alice, a departmental assistant, Henry's first impulse was to find her and discuss it, right there and then. Alice told him that she did not feel like talking about it at that moment. But he persisted, and she became upset and tearful.

When I asked them to explain what had happened, Henry said he was concerned about the repercussions of waiting until the next day to resolve the situation. Alice told me that she had been too emotional to speak about it straight away, and that she had needed time to collect herself. I used this incident to coach Henry on why managers sometimes need to delay their gratification to get better results, particularly when a situation is challenging or emotionally charged.

Holding back gives them time to assess the situation. For example, to take notice of people's body language before they decide how to proceed. So, encourage extroverts in your organization to practice second-level or second-order thinking, and to ask themselves questions like, "What am I missing?" and "What other possible explanations are there?" before jumping in with both feet.

Helping extroverts to be aware of their behaviors is a first step in enabling them to focus their energy and perform better in their careers. They don't need to change their authentic nature - a few small adjustments are all it takes!

Are you a highly extroverted individual? Or, do you work with one? Do you have your own strategies for managing people with this personality type? Share your experiences below. 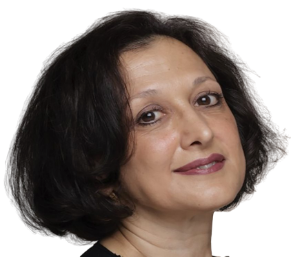 Freelance Writer
Bruna is a coach, trainer and author, and has been contributing articles and blogs since 2014. Her background incorporates 30 years of experience in management and executive leadership positions. She has helped thousands of individuals improve their presentation skills and become more effective communicators.
Previous Using nudges to motivate your learners
Next 10 reasons motivation matters - and what to do about it