They’re cute. They’re easy to use. They transcend language barriers. And most importantly, they’re lots of fun. To celebrate World Emoji Day, let’s look at their history – and how people and organizations are using emojis to communicate. 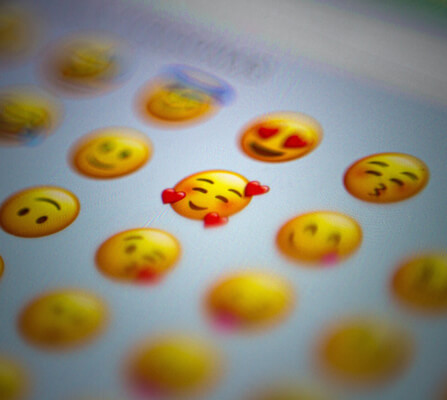 It's almost 20 years since the visual characters first appeared on mobile phones in Japan, although it took until 2002 for them to become more popular in the rest of the world. Since then, they have taken off in a huge way and become an almost ubiquitous part of digital communications.

The descendants of emoticons, which used keyboard characters to create facial expressions, emojis are more sophisticated visual images that many consider to be a modern form of hieroglyphics. And with around 3,000 available to date, and 117 added this year alone, it’s an increasingly complex language that’s evolving quickly. [1]

But don’t be tricked into thinking that emojis are just for personal interactions. Brands and companies around the world have been harnessing the power of emojis over the past few years with enormous success, making it one of the most valuable options in your communications toolbox.

Still not quite convinced? Then read on to discover five reasons why emojis should be part of the way you interact professionally.

They’re an easy way to communicate 💬​

The true genius of emojis is that they are incredibly simple to use. With a few taps of the emoji keyboard, you can construct a nuanced message that could take minutes, or even hours, to compose in text form. A picture really can be worth a thousand words and this is great news because, as we all know, picking the right words can be a challenge.

Nailing tone of voice and minimising the risk of misunderstandings are a constant issue when composing text messages, whether you’re reaching out to a colleague or tweeting on behalf of your business. Word choice can sometimes be crucial, and errors potentially fatal. But emojis smooth the process, provided you choose carefully and adhere to the golden rule of emoji usage: 'less is always more'.

This is possibly explained by the fact that messages containing emojis are quick to read and respond to, making them perfect for people on the run. It’s also more acceptable to reply to an emoji message with another emoji, making the process of interacting even easier.

There are so many barriers dividing people these days, and emojis glide across them all. Language, age, culture, gender – these differences all quickly dissolve when everyone is talking emoji. Provided you remember the look of some emojis vary on different devices, a well-crafted and direct emoji-based message will speak to everyone.
A great example is the drop of blood, adhesive bandage and stethoscope emojis created for donors to let their friends know on social media that they’re giving blood. The idea came from Melissa Thermidor, Social Media Manager at NHS Blood and Transplant. She says, “We hope the blood drop will give a visual message about donating blood to save lives.” [3] The emojis are now available worldwide.

They offer a unique branding opportunity 🍕

When wielded in a thoughtful way, emojis can open up a whole new world for brands looking to stand out from the crowd. Understanding your audience is crucial, and so is a sense of humour. When it’s done right, clever emoji usage can help to take your communications to a whole new level.

One of the best examples of this is Domino’s Pizza, which ran a campaign allowing pre-registered customers to order their favourite pizza by simply tweeting the pizza slice emoji, reducing the ordering process to mere seconds.

They announced the campaign with a series of tweets heavily featuring the pizza emoji, delighting their followers and setting off a storm of media interest. It’s clever marketing, which has resulted in a huge boost in sales and awareness for the brand.

They can create a deeper connection 😆

Although the name emoji sounds similar to the word emotion, the title for these little pictures actually comes from a combination of the Japanese words 'e' (“picture”) and 'moji' (“character”). Regardless, emotion is still a big part of the process when using emojis, as a heartfelt visual message can elicit a strong and sincere response.

This was something WWF embraced with their #EndangeredEmoji campaign, which featured emojis of 17 endangered animals. Followers were asked to retweet the emojis (and donate £0.10 each time) and they were rewarded with more than half a million mentions on social media. Which just goes to show, keep it simple and genuine and you'll win over 💕. 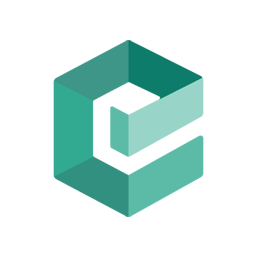 Previous Embracing change
Next Introversion: The benefit of quiet employees