Festive movies with a message

The holiday season is about switching off, snoozing your emails and blocking out some sofa time. But even festive TV has lessons for us. Here’s our pick of movies with a stocking full of insights. 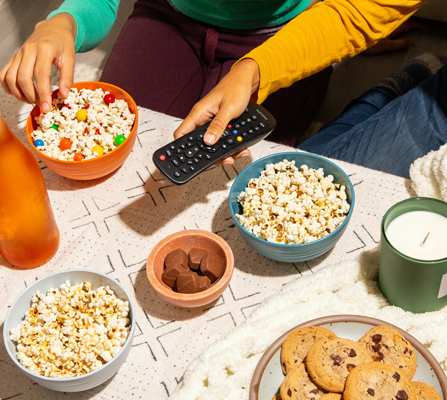 
George Bailey is having a bad day. It’s black and white for a start, and he’s ready to pack it all in. Thankfully, an angel called Clarence floats in and takes George on a tour of what the world looks like without him. And Bedford Falls isn’t so wonderful when you take away George’s selfless acts. Just when he needs it most, the townsfolk repay George’s kindness for a joyous, bell-ringing finale.

Lesson: Helping others adds up – and seemingly small contributions make a big difference.


Most of us have been to an office Christmas party that gets out of control. For the revellers of Nakatomi Tower, it’s terrorist Hans Gruber and his male model henchmen that kill the music. But Gruber didn’t account for Detective John McClane. He runs around barefoot and white-vested – taking down terrorists, defusing bombs and pretty much spoiling Gruber’s Christmas.

Lesson: Sometimes you need to step up when no one else is willing to take risks. And be agile enough to change course when needed.


In this 80s reboot of a Charles Dickens classic, Bill Murray plays frosty TV exec Frank Cross. He wants to win the festive ratings war so badly, he forces staff to work over the holiday. And televise a live, risque version of  A Christmas Carol! But the Ghost of Christmas Past (played by New York Dolls' David Johansen) steers Frank off-schedule. So begins a night of scares and soul-searching as Frank comes face to face with the people he’s ploughed over to get to the top.

Lesson: Share your success, be humble and don’t forget the folk who helped you get there.


4. The Nightmare Before Christmas


In Tim Burton’s spooky animation, ‘Pumpkin King’ Jack Skellington is tired of scaring people. So, when he stumbles into Christmas Town, he decides to swap holidays and persuade his people to hang up baubles instead of jack o’ lanterns. He even kidnaps Santa! When ghoulish gifts creep out the residents of Christmas Town, Jack returns Santa and order is restored. Claus even treats Halloween towners to their first snowfall.

Lesson: People can be resistant to change because they have a limited view of what’s ‘good’. But persevere and show others the benefits of change to get them on board.


Ok, it’s technically a Thanksgiving movie but it had to go on our list. John Candy and Steve Martin are on top form as unlucky commuters Del Griffith and Neal Page. A cancelled flight squeezes the two together for what becomes an adventure across the States to get Neal home in time for Thanksgiving. The two battle broken-down vehicles, but it’s the habits of each other that really grind their gears. By the end of their road trip, however, they’re besties as John Hughes serves up a heart-warming finale.

Lesson: Embrace diversity and get to know colleagues from a different background. Do that and you’ll challenge your beliefs – and maybe even find a new friend.


The SS Poseidon is on its final cruise when a freak wave capsizes the ship and upturns the party. Gene Hackman’s Reverend Scott leads the ragtag band of survivors up a fallen Christmas tree – and through increasingly hair-raising situations to safety. To do it, he makes tough decisions, influences others and plays to the strengths of individuals.


Suitcases? Check. Passports? Check. Kids? Eh… When the McAllisters accidently leave behind their son Kevin when going on holiday, the weekend becomes an 8-year-old’s dream. With no grown-ups to boss him about, Kevin’s free to sled down the stairs, eat pizza while jumping on a bed and zip line to his treehouse. He doesn’t even let burglars stop his fun, setting up an assault course of pain for the hapless Harry and Marv to smack, singe and slice through. But as good as being by yourself sounds, Kevin soon realises how much he misses his family. Even the annoying older brother!

Lesson: Like Kevin tying a tin of paint to the bannister, plan to make some me-time this holiday. You’ll appreciate your friends, family and colleagues even more.


At 6 foot 7, Buddy (Will Ferrell) isn’t like other elves. When Papa Elf breaks it to him that his real dad lives in New York, he leaves the North Pole to find his father. But Walter Hobbs (James Caan) isn’t interested. He’s too preoccupied with his work to spend time with his old or new family. Through endless positivity and epic snowball fights, Buddy finds his way into his new family’s hearts – and even rekindles New Yorkers’ belief in Santa.

Lesson: The festive break is the perfect time to take stock of your work-life balance. Even workaholics should make time for friends and family. 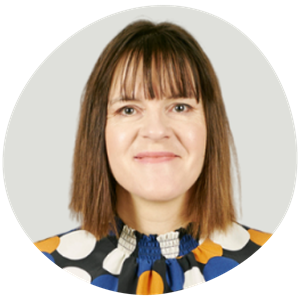 Editorial Manager
Catriona has over 19 years of experience in editorial management. She works with clients across a wide range of sectors to deliver relevant and practical resources to meet the learning needs of leaders and managers. Catriona loves the variety of her role, from writing and editing content to conducting video interviews with industry experts.
Previous Great Reads 2021
Next How to cope when your colleagues start quitting